in Opinion
Reading Time: 3min read
76
Share on LinkedInShare on FacebookShare on TwitterShare on WhatsappShare via email

Is Google for Jobs the end of the job board? Although it’s not been launched in most European countries yet, the major European job boards seem to think so. 23 Major boards have launched a request for an anti-trust inquiry by the European Commission against Google for Jobs. They argue that Google is abusing its power by entering the jobs market.

Google for Jobs in Europe

Currently, Google for Jobs is active in Germany, France, Spain and the UK. Basically the four major European markets. The boards state Google for Jobs instantly became visible as a market leader. Not surprising since they are and have been for ages, they just send the traffic on until now.

I assume the boards are seeing massive drops in traffic. So I reached out to an American board who has been dealing with Google for Jobs since June of 2017 and are willing to share their data: College Recruiter.

Steven Rothberg shared their Google traffic with me starting June 2017 at the moment Google for Jobs was introduced until now. Basically, what College Recruiter saw was an initial drop in traffic, since they had no advance warning about the mark-up Google wanted for the vacancies. After changing this and implementing the new mark-up, traffic is back at normal levels.

My personal opinion is that these (general) job boards are fighting an uphill battle. A losing battle. Google has been the starting point of most job searches and Google is now helping candidates finding the jobs they are looking for.

Generalist job boards will loose out since their value to the candidate is very limited and they target the same job seekers that already use Google, the active ones.

Niche job boards, however, will continue to add value. I used to run a marketing job board, that just had jobs next to great marketing content. People didn’t visit for the jobs, they came for the content and some of the ads were jobs. Niche job boards, that run the job sections of content organisations, still have a great future.

For now, the generalist job board is safe and as College Recruiter’s data shows, you don’t have to lose out. You are of course wheeling in a trojan horse since Google will be able to sell their jobs directly (they can already) and unless you reach people you are not reaching from Google traffic, why should anyone advertise with you?

Does this mean the anti-trust inquiry has no merit? Well, honestly, I have never understood the reasoning of these people. I see them approve mergers that for me are clearly anti-trust and yet I’ve seen them crackdown on Google and Microsoft for doing what any organisation would do, use their strengths to expand, that I couldn’t understand either. 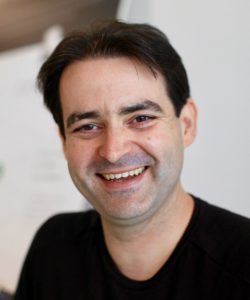 Bas van de Haterd is a strategic recruitment consultant who helps companies recruit smarter. He’s an international speaker on recruitment innovation. He is passionate about HR technology and how it can improve hiring processes and make them less biased. In the Netherlands, he runs research and an event called Digitaal-Werven that focuses on the candidate experience, and he is also the co-organizer of the European Recruitment Innovation event: Talent Acquisition Live.

Bas van de Haterd is a strategic recruitment consultant who helps companies recruit smarter. He’s an international speaker on recruitment innovation. He is passionate about HR technology and how it can improve hiring processes and make them less biased. In the Netherlands, he runs research and an event called Digitaal-Werven that focuses on the candidate experience, and he is also the co-organizer of the European Recruitment Innovation event: Talent Acquisition Live.

What’s your opinion: In which phase are you going to invest the most in 2021 in terms of tech?