On 22 and 23 October UNLEASH Paris will take place again. Recruitment Tech will of course be on site to see and speak to the coolest suppliers of recruitment technology. We look back on the first day with 10 posts about UNLEASH Paris on social media.

David Green did the opening of UNLEASH…

Peter Hinssen did the inspiring kick-off of the keynotes of UNLEASH Paris. His message: “Don’t worry, humans are the best computers.” Heather E. McGowan followed with an interesting talk about the jobs that do not yet exist and how to prepare for that.

“Todays intelligence is the ability to adapt to change.” Amazing futurist, a speaker @hinssen opening #UNLEASH19 at Paris! pic.twitter.com/2fCDMKdyC9

Of course there are many innovative vendors present in Paris…

Influencers stage at #UNLEASH19 is absolutely rammed! I’m off to have a nose around the start-up area which is one of my favourite things about this event 🙌🏻 pic.twitter.com/PU3JQ0Con0

With a lot of food for thought…

With a great ending of day 1 by Bob Geldof…

Great End of Day 1 #UNLEASH19 by touching thoughts of Bob Geldof: Change the World for the better and make a difference With a Sense of #purpose, not just look to leaders in politics, companies… pic.twitter.com/2XXELm1BOL

Did we say ending? That’s not really true, now it’s time for drinks! Recruitment Tech is looking forward to an inspiring second day!

Recruitment tools from LinkedIn for free to those fighting the coronacrisis 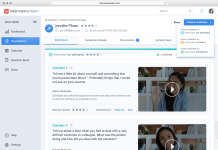 interviewstream offers tool for free due to Coronavirus: “Allows companies to keep their staff and candidates connected safely” 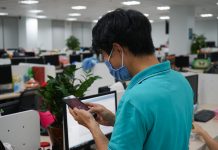 Coronavirus also affects recruitment tech vendors: “We will be able to go through this harsh time”

Meet the three leading women in the world of recruitment technology

How AR and VR enhance the recruitment process

Women in Tech | Karen Azulai: “The biggest challenge for recruiters...