in Event, News
Reading Time: 2min read
43
Share on LinkedInShare on FacebookShare on TwitterShare on WhatsappShare via email

November 21st the 5th edition of the Recruitment Tech Event will take place in Amsterdam. For the first time, the event will have an English program, in addition to the Dutch program.

Last two years the Recruitment Tech Event had already keynote speakers from abroad. In 2018 Recruiting Brainfood’s Hung Lee did a keynote and in 2017 Alan Walker. 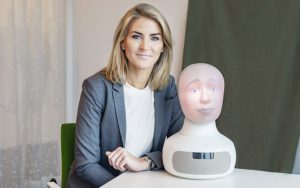 This year the opening keynote will be held by Megan Marie Butler from CognitionX who will share the latest insights of how AI (artificial intelligence) impacts the attraction and retention of talent. And for the first time, TNG’s social interview robot Tengai will be presented in the Netherlands. Elin Öberg Mårtenzon will tell how they developed Tengai together with Furhat Robotics to fight against bias in interviews.

Attendees can choose from no less than 8 breakouts each round, partly in Dutch and partly in English. Last year there were breakouts from ASML, Hudson’s Bay, Brunel, Yacht and Holland Casino. More information about this year’s breakout program will be announced in September. 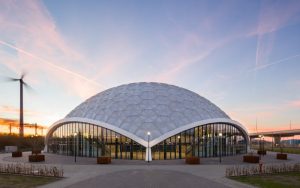 The event will take place in Amsterdam for the first time after 4 year’s in Utrecht. The anniversary edition deserves an epic venue and the Amsterdome sure is. Amsterdome is not only an iconic piece of architecture, but it also has an interior that is almost entirely made of recycled materials. The dome itself got a second life as the first circular event location in the Netherlands and it opened in November 2018.

Employ acquires talent acquisition suite Lever: ‘Our market-leading solutions are better than ever’

These are the most read articles on Recruitmenttech.com the first half of 2022

Video: these were the highlights of RecFest 2022